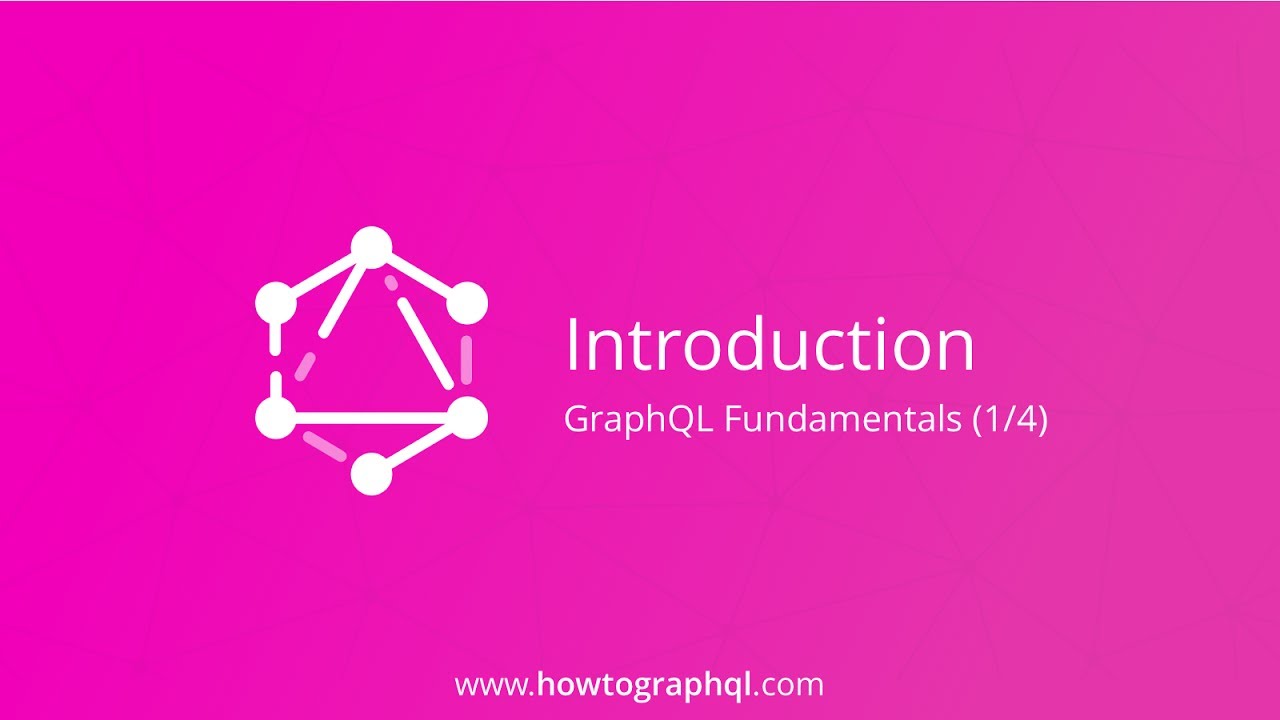 GraphQL is a new API standard that provides a more efficient, powerful and flexible alternative to REST. It was developed and open-sourced by Facebook and is now maintained by a large community of companies and individuals from all over the world.

APIs have become ubiquitous components of software infrastructures. In short, an API defines how a client can load data from a server.

At its core, GraphQL enables declarative data fetching where a client can specify exactly what data it needs from an API. Instead of multiple endpoints that return fixed data structures, a GraphQL server only exposes a single endpoint and responds with precisely the data a client asked for.

GraphQL - A Query Language for APIs

Most applications today have the need to fetch data from a server where that data is stored in a database. It’s the responsibility of the API to provide an interface to the stored data that fits an application’s needs.

GraphQL is often confused with being a database technology. This is a misconception, GraphQL is a query language for APIs - not databases. In that sense it’s database agnostic and effectively can be used in any context where an API is used.

A more efficient Alternative to REST

💡 Learn more about the top reasons to use GraphQL in this blog post.

REST has been a popular way to expose data from a server. When the concept of REST was developed, client applications were relatively simple and the development pace wasn’t nearly where it is today. REST thus was a good fit for many applications. However, the API landscape has radically changed over the last couple of years. In particular, there are three factors that have been challenging the way APIs are designed:

Increased mobile usage, low-powered devices and sloppy networks were the initial reasons why Facebook developed GraphQL. GraphQL minimizes the amount of data that needs to be transferred over the network and thus majorly improves applications operating under these conditions.

The heterogeneous landscape of frontend frameworks and platforms that run client applications makes it difficult to build and maintain one API that would fit the requirements of all. With GraphQL, each client can access precisely the data it needs.

Continuous deployment has become a standard for many companies, rapid iterations and frequent product updates are indispensable. With REST APIs, the way data is exposed by the server often needs to be modified to account for specific requirements and design changes on the client-side. This hinders fast development practices and product iterations.

GraphQL is not only for React Developers

Facebook started using GraphQL in 2012 in their native mobile apps. Interestingly though, GraphQL has mostly been picked up to be used in the context of web technologies and has gained only little traction in the native mobile space.

The first time Facebook publicly spoke about GraphQL was at React.js Conf 2015 and shortly after announced their plans to open source it. Because Facebook always used to speak about GraphQL in the context of React, it took a while for non-React developers to understand that GraphQL was by no means a technology that was limited to usage with React. In fact, GraphQL is a technology that can be used everywhere a client communicates with an API. Interestingly, other companies like Netflix or Coursera were working on comparable ideas to make API interactions more efficient. Coursera envisioned a similar technology to let a client specify its data requirements and Netflix even open-sourced their solution called Falcor. After GraphQL was open-sourced, Coursera completely cancelled their own efforts and hopped on the GraphQL train.

Today, GraphQL is used in production by lots of different companies such as GitHub, Twitter, Yelp and Shopify - to name only a few.

Despite being such a young technology, GraphQL has already been widely adopted. Learn who else is using GraphQL in production.

There are entire conferences dedicated to GraphQL such as GraphQL Conf and more resources like the GraphQL Weekly newsletter.

Unlock the next chapter
Which of these statements is true?
GraphQL is a database technology
GraphQL can only be used together with SQL
GraphQL was invented by Facebook
GraphQL was developed by Netflix and Coursera
Skip
GraphQL Fundamentals
Introduction
GraphQL is the better REST
Core Concepts
Big Picture (Architecture)
Clients
Server
+4 more chapters