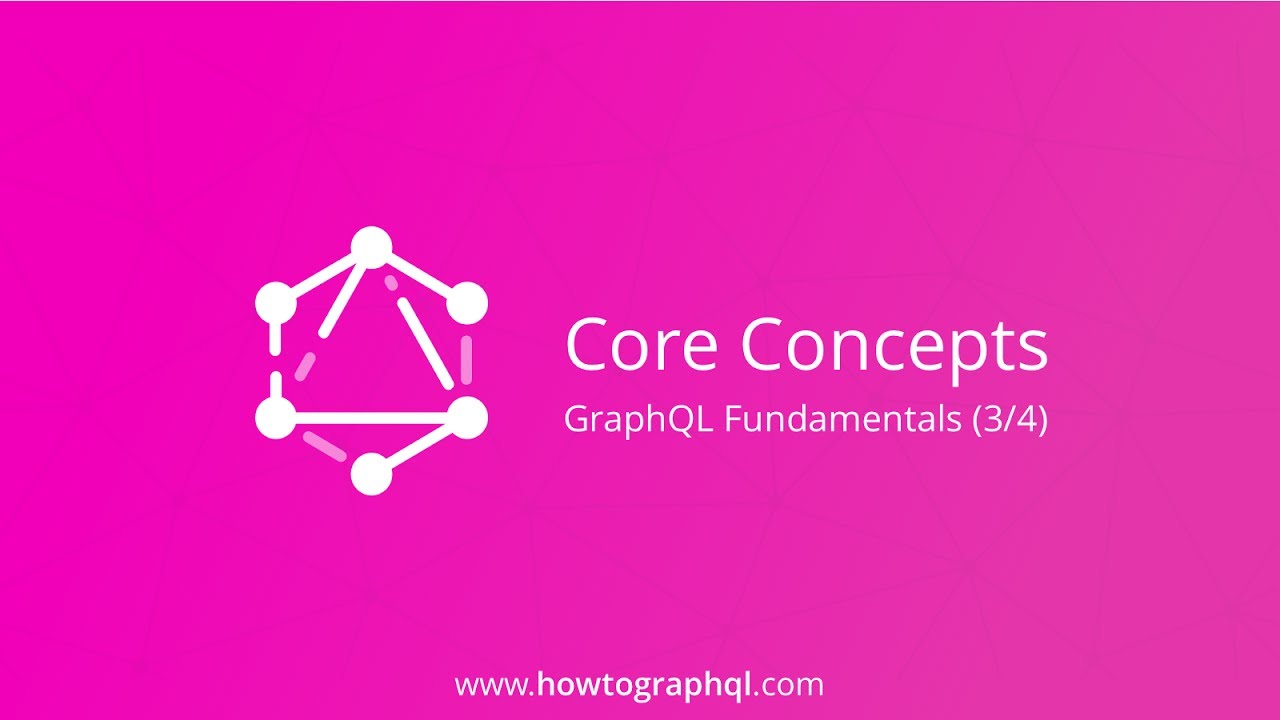 In this chapter, you’ll learn about some fundamental language constructs of GraphQL. That includes a first glimpse at the syntax for defining types as well as sending queries and mutations.

GraphQL has its own type system that’s used to define the schema of an API. The syntax for writing schemas is called Schema Definition Language (SDL).

Here is an example of how we can use the SDL to define a simple type called Person:

This type has two fields, they’re called name and age and are respectively of type String and Int. The ! following the type means that this field is required.

It’s also possible to express relationships between types. In the example of a blogging application, a Person could be associated with a Post:

Conversely, the other end of the relationship needs to be placed on the Person type:

Note that we just created a one-to-many-relationship between Person and Post since the posts field on Person is actually an array of posts.

When working with REST APIs, data is loaded from specific endpoints. Each endpoint has a clearly defined structure of the information that it returns. This means that the data requirements of a client are effectively encoded in the URL that it connects to.

The approach that’s taken in GraphQL is radically different. Instead of having multiple endpoints that return fixed data structures, GraphQL APIs typically only expose a single endpoint. This works because the structure of the data that’s returned is not fixed. Instead, it’s completely flexible and lets the client decide what data is actually needed.

That means that the client needs to send more information to the server to express its data needs - this information is called a query.

Note: Unfortunately, we no longer provide the Run in Sandbox feature that is demonstrated in the video at 13:50. We are really sorry for the inconvenience.

Let’s take a look at an example query that a client could send to a server:

This query would return a list of all persons currently stored in the database. Here’s an example response:

Notice that each person only has the name in the response, but the age is not returned by the server. That’s exactly because name was the only field that was specified in the query.

If the client also needed the persons’ age, all it has to do is slightly adjust the query and include the new field in the query’s payload:

One of the major advantages of GraphQL is that it allows for naturally querying nested information. For example, if you wanted to load all the posts that a Person has written, you could simply follow the structure of your types to request this information:

In GraphQL, each field can have zero or more arguments if that’s specified in the schema. For example, the allPersons field could have a last parameter to only return up to a specific number of persons. Here’s what a corresponding query would look like:

Next to requesting information from a server, the majority of applications also need some way of making changes to the data that’s currently stored in the backend. With GraphQL, these changes are made using so-called mutations. There generally are three kinds of mutations:

Mutations follow the same syntactical structure as queries, but they always need to start with the mutation keyword. Here’s an example for how we might create a new Person:

Notice that similar to the query we wrote before, the mutation also has a root field - in this case it’s called createPerson. We also already learned about the concepts of arguments for fields. In this case, the createPerson field takes two arguments that specify the new person’s name and age.

Like with a query, we’re also able to specify a payload for a mutation in which we can ask for different properties of the new Person object. In our case, we’re asking for the name and the age - though admittedly that’s not super helpful in our example since we obviously already know them as we pass them into the mutation. However, being able to also query information when sending mutations can be a very powerful tool that allows you to retrieve new information from the server in a single roundtrip!

The server response for the above mutation would look as follows:

One pattern you’ll often find is that GraphQL types have unique IDs that are generated by the server when new objects are created. Extending our Person type from before, we could add an id like this:

Now, when a new Person is created, you could directly ask for the id in the payload of the mutation, since that is information that wasn’t available on the client beforehand:

Another important requirement for many applications today is to have a realtime connection to the server in order to get immediately informed about important events. For this use case, GraphQL offers the concept of subscriptions.

When a client subscribes to an event, it will initiate and hold a steady connection to the server. Whenever that particular event then actually happens, the server pushes the corresponding data to the client. Unlike queries and mutations that follow a typical “request-response-cycle”, subscriptions represent a stream of data sent over to the client.

Subscriptions are written using the same syntax as queries and mutations. Here’s an example where we subscribe on events happening on the Person type:

After a client sent this subscription to a server, a connection is opened between them. Then, whenever a new mutation is performed that creates a new Person, the server sends the information about this person over to the client:

Now that you have a basic understanding of what queries, mutations, and subscriptions look like, let’s put it all together and learn how you can write a schema that would allow you to execute the examples you’ve seen so far.

The schema is one of the most important concepts when working with a GraphQL API. It specifies the capabilities of the API and defines how clients can request the data. It is often seen as a contract between the server and client.

Generally, a schema is simply a collection of GraphQL types. However, when writing the schema for an API, there are some special root types:

The Query, Mutation, and Subscription types are the entry points for the requests sent by the client. To enable the allPersons-query that we saw before, the Query type would have to be written as follows:

allPersons is called a root field of the API. Considering again the example where we added the last argument to the allPersons field, we’d have to write the Query as follows:

Similarly, for the createPerson-mutation, we’ll have to add a root field to the Mutation type:

Notice that this root field takes two arguments as well, the name and the age of the new Person.

Finally, for the subscriptions, we’d have to add the newPerson root field:

Putting it all together, this is the full schema for all the queries and mutation that you have seen in this chapter:

To learn more about the core concepts in GraphQL, be sure to check out the following article series:

Unlock the next chapter
What are GraphQL subscriptions used for?
Event-based realtime functionality
Schema-based realtime functionality
You use them to subscribe to the GraphQL Weekly newsletter
They combine Queries and Mutations and allow you to read and write data
Skip
GraphQL Fundamentals
Introduction
GraphQL is the better REST
Core Concepts
Big Picture (Architecture)
Clients
Server
+4 more chapters