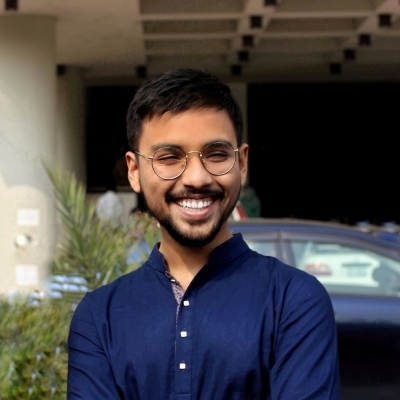 Tasin is a Backend Software Engineer interested in web development and machine learning. He loves learning and writing about exciting new technologies.

GraphQL is a rising star in the domain of API development. It is gaining significant ground over REST as an API design paradigm and is becoming one of the standards for exposing the data and functionality of a web server.

What this tutorial will cover

You’ll start by learning how a GraphQL server works. Then you will define the GraphQL schema for your server using Nexus and write the corresponding resolver functions. In the beginning, these resolvers will only work with data that’s stored in-memory — so nothing will persist beyond the runtime of the server.

Nobody wants a server that’s not able to store and persist data, right? Not to worry! Afterwards, you’re going to add a SQLite database to the project which will be managed with Prisma.

Then, you’re going to add a vote feature.

Afterwards, you’re going to learn about custom GraphQL scalars and how to add custom scalars to your application.

Then, you’ll allow the consumers of the API to constrain the list of items they retrieve from the API by adding sorting, filtering and pagination capabalities to it.

Finally you will learn how to create a automatic deployment pipeline for the API to a cloud provider (Heroku) using GitHub Actions.

Throughout the tutorial you will learn GraphQL bit by bit, through theory, writing code and reading external resources. You’ll learn not just the how of various technology choices, but also the why, including their pros, cons and tradeoffs.

This tutorial is beginner friendly. Nevertheless, some prior knowledge is necessary to follow this tutorial.

This tutorial assumes you have have

Throughout this tutorial, we’ll be making a few minor assumptions about your tools you are using:

There are a few conventions and assumptions followed throughout this tutorial that you should know about. While knowing these conventions might help you follow the tutorial, it is still optional reading. Feel free to continue to the next chapter if you want to get started immediately.

Most code blocks are explained with annotations. Take the following for example. Immediately following the code block are numbered points. Each corresponds to a line annotated with that number in the code block.

Most package installations throughout the tutorial will follow a format similar to this:

If you want to upgrade a package to a new major version not instructed in the tutorial, please make sure you know what you are doing.

Copy-pasting code from the tutorial

As you progress you’ll be writing code, of course. Often you’ll have the chance to copy and paste our code, but we strongly suggest if you’re just starting out to write the code yourself. This will expose you to the experience of writing code in a TypeScript codebase with type-safety features. This includes things like autocompletion and letting static safety guide your implementations, e.g. inside a GraphQL resolver. Also if you’re new to TypeScript getting used to encountering, understanding, and fixing static type errors is essential practice.

That said at no time should you feel frustrated. If things just aren’t working, copy-paste our work as needed. Then, once things are working, taking a moment muck around, break things, fix them again, etc. is almost always time well spent.

Note that there is a GitHub repository at https://github.com/howtographql/typescript-apollo/ containing the finished code you will build in this tutorial. You can always check this out if you get stuck during the tutorial.