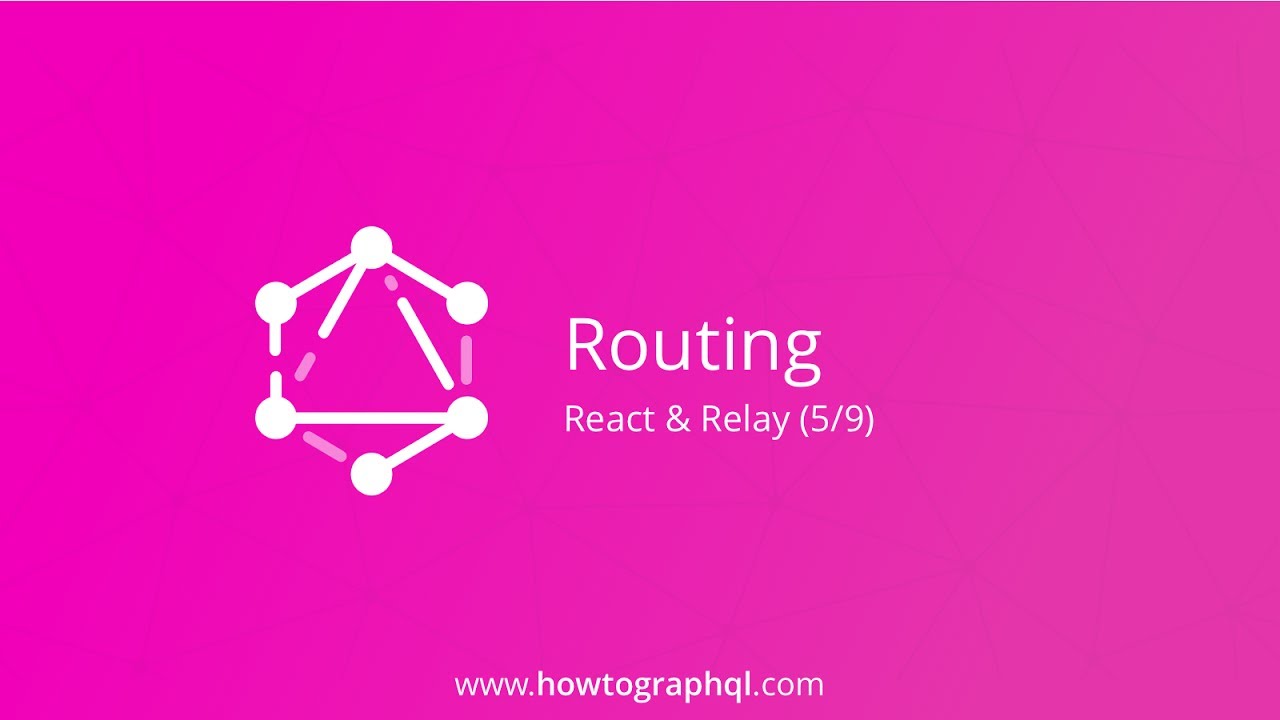 In this section, you’ll learn how to use the react-router library with Relay to implement some navigation functionality!

An interesting note about Relay is that it actually started out as a routing framework that eventually also got connected with data loading responsibilities. This was particularly visible in the design of Relay Classic, where Relay.Route was a core component. However with Relay Modern, the idea is to move away from having routing as an integral part of Relay and make it more flexible to work with different routing solutions.

Since we’re in the early days of Relay Modern, there’s not really much advise or conventions to build upon. The Facebook team delivers a few suggestions how this can be handled. But it will certainly take some time until best practices and appropriate tools around this topic evolve!

So, to keep it simple in this tutorial, we’ll use react-router which is a popular routing solution in the React ecosystem.

The first thing you need to do is install the corresponding dependency.

Before you’re moving on to configure the different routes for your application, you need to create a Header component that users can use to navigate to between the different parts of your app.

Create a new file in src/components and call it Header.js. Then paste the following code inside of it:

Don’t get confused by the “other” Link component that is used here. The one that you’re using in the Header has nothing to do with the Link component that you wrote before, they just happen to have the same name. This Link stems from the react-router-dom package and allows you to navigate between routes inside of your application.

You’ll configure the different routes for the app in the project’s root component: App.

For this code to work, you need to import the required dependencies of react-router.

Now you need to wrap the App with BrowserRouter so that all child components of App will get access to the routing functionality. To wrap up this section, you need to implement an automatic redirect from the CreateLink to LinkList after a mutation was performed.

All you do here is update the callback that’s passed into CreateLinkMutation to navigate back to the app’s root router after mutation was completed, replacing the logging statement that you used to print before.

Awesome, you’re all set to build authentication functionality for the app!

Unlock the next chapter
What's the role of the Link component that you added in this chapter?
It renders a link that was posted by a user
It renders the input form for users to create new links
It lets you navigate to a different URL
It links your root component with all its children
Skip
GraphQL Fundamentals
Introduction
GraphQL is the better REST
Core Concepts
Big Picture (Architecture)
Clients
Server
+4 more chapters
Introduction
Getting Started
Queries: Loading Links
Mutations: Creating Links
Routing
Authentication
More Mutations and Updating the Store
Realtime Updates with Subscriptions
Pagination
Summary