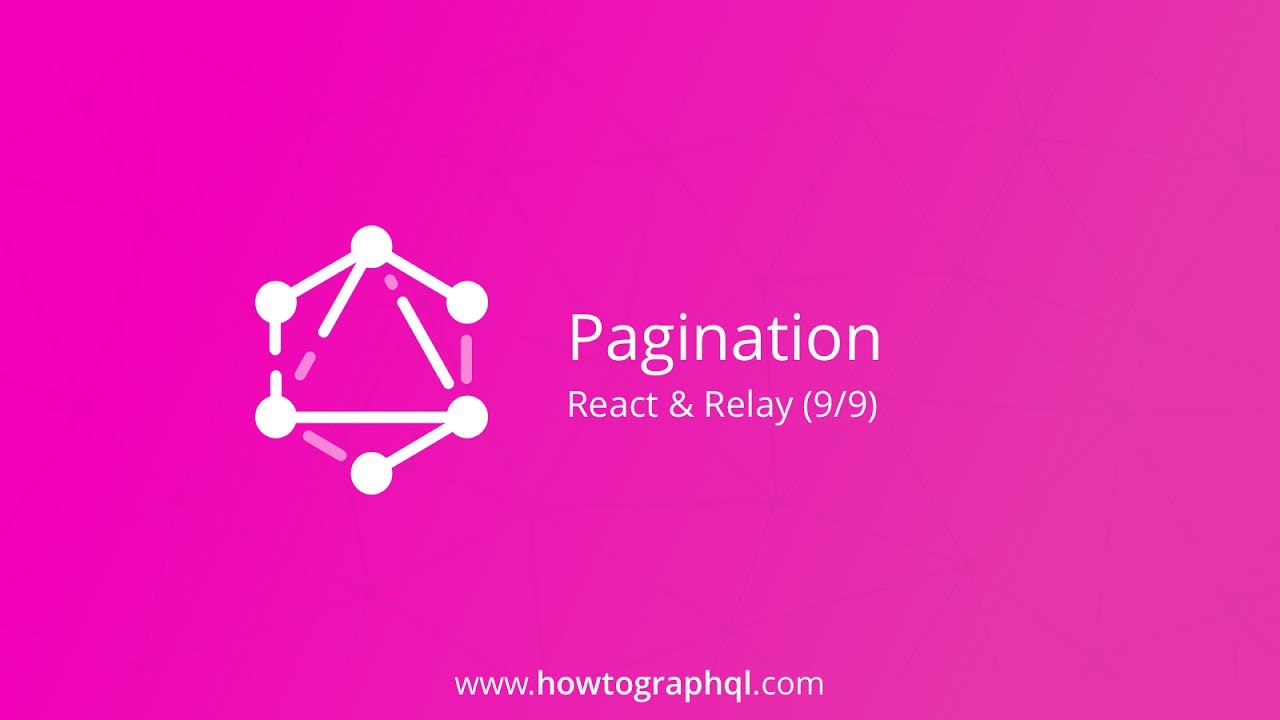 In this chapter, you’ll implement pagination functionality. The goal is that the user can load the links in smaller, more consumable chunks instead all of them at once. You’ll realize this with a More-button that will be placed below the list and that allows to load another chunk of links that’s then added to the list.

As before, the first step towards this new functionality is to make adjustments to the plain React components so that you can add the actual data fetching logic later.

This time, this only means adding the More-button at the bottom of the LinkList component so the user has a way to go and load more links that will be fetched and fetched to the list.

The button invokes a method called _loadMore which will be used to add the actual pagination logic. Go ahead and create the stub for that method already.

You already know about Relay’s FragmentContainer API that allows you to wrap a React component along with a GraphQL fragment that represents the component’s data dependencies and then lets Relay figure out how and when to fetch the needed data.

In this chapter, you’ll get to know a new API that’s called PaginationContainer and that provides a nice abstraction for implementing pagination in a Relay app.

As mentioned briefly in the 3rd chapter, lists in Relay are implemented using the concept of connections.

Note: The article Understanding pagination: REST, GraphQL, and Relay on the Apollo blog has a great overview on different pagination models.

If you’ve wondered why in the previous chapters you had to do the edges-node-dance everytime you needed to access information about the items in a list that was returned by the server - this is the answer to it. Instead of directly exposing the items that are inside the list, a connection will store additional data about the context of each item, where context refers to the position of the item in the list as well as the parts of the list that come directly before and after it.

To be more concrete, here is what the Relay server needs to provide so that a list of items is considered a connection:

For the detailed requirements, take a look at the official Relay Cursor Connections Specification.

The last point in the list in particular enables the pagination functionality since combining either first and after (forward pagination) or last and before (backward pagination) allows to retrieve concrete chunks from the list. In fact, Relay requires them to be included when retrieving data from a connection and the Relay Compiler will throw an error if you don’t include at least first or last (before and after are optional). These two GitHub issues have interesting discussions around this requirement: facebook/relay #1201 and graphql/graphql-relay-js #20.

When using Relay’s PaginationContainer, it’s crucial that the Relay server adheres to the official connection specification since the implementation relies on the mentioned fields to be present. A PaginationContainer can be used instead of a FragmentContainer when requesting data from a connection and directly includes some methods that are convenient when implementing pagination:

All these methods can be called on the relay object that’s injected into the props of a component that’s passed into createPaginationContainer. You’ll see in a bit how this works.

That was enough background info to give you the basic grasp on Relay’s pagination functionality, you can finally go and start with the implementation!

The first configuration object is similar defines the fragments that express the component’s data requirements - so here it’s quite similar to the fragment that you used for the previous call to createFragmentContainer. Notice that instead of hardcoding the value for last, you’re now using a variable called $count that you’re passing in for the first argument. You need to use first here as you want to implement forward pagination. You’re also adding the after argument to the fragment which will receive the cursor that indicates where the list should be sliced.

Another field that was added to the payload of this fragment is pageInfo including relevant information that’s needed for the forward pagination. If you were to implement backward pagination, you’d have to specify hasPreviousPage and startCursor instead.

Go ahead and add the second configuration object next.

Let’s discuss the properties of this configuration object:

Note: There is not much documentation on this configuration object. However, the comments in the actual implementation on GitHub do provide some helpful hints.

As you’re now using createPaginationContainer instead of createFragmentContainer, you also need to adjust your imports.

The next thing you need to do is make sure the variables returned by getVariables can be passed into the root query that’s used by the QueryRenderer at the root of the component hierarchy.

Since the $count argument is required, you have to pass a value for it to the initial call performed by the QueryRenderer. You do this by adding the variables prop to it.

Notice that count is set to a constant here that should live where you’ve been putting all the declaration of constants.

Then of course you also need the corresponding import statement.

All right - you’re almost there! The last thing you need is actually calling Relay’s loadMore function to fetch the next chunk of links from the server.

Notice that you’re again using ITEMS_PER_PAGE, so make sure to import it here as well.

Perfect, that’s all the code you need to write to get the pagination to work! You can now go ahead and run the Relay Compiler and then test your implementation!